Attending Seminary in Washington D.C., during the end of the Obama administration and the beginning of the Trump administration, was a defining experience for Ethan Shearer, and one that set him on the path to pursuing a PhD at UVA in Religious Studies, taking the Christian Theological Perspectives track. Shearer spent time pastoring a church in rural Pennsylvania before attending UVA; he is now a first-year graduate student working through his courses and planning a dissertation project based on Christian passions and the body politic.

Shearer is drawn to ancient Christian writers, specifically their work on spirituality and the passions. He explained that “passions” are ideas and emotional states like rage, gluttony, despondency, greed, and that the “Seven Deadly Sins” are a good shorthand way to think about what passions are and how they function. What makes Shearer’s take on this topic interesting, is that the early Christian writers were concerned with how passions impacted the individual, but he wants to think about passions on a larger scale, like how the body politic can be consumed by rage or lust.

The starting framework for Shearer’s research is based on the outlook that there is something spiritual about the economy and the government; that propaganda, for example, is not just psychological, it is spiritual. At this point in our conversation, Shearer had also been bringing up the concepts of “powers” and “the demonic”; I asked if he could define what he meant by these. He said to think of powers like invisible, intangible forces one could encounter in public life. These could be institutions or ideologies, like UVA or racism, sexism, and capitalism. Powers can afflict passions on people and when that is happening, they are demonic. He said he thinks of the demonic as anything that is negating and assaulting human life and flourishing.

One idea he has for his future dissertation is to focus on a specific passion and see how the body politic is impacted by it. He is considering gluttony because it has a compelling structure: “[Early Christian writer] Evagrius talks about how the person who is afflicted with gluttony is deceived into thinking they are losing out; that they’re not going to have enough, and that leads to hoarding.” He sees a connection between this idea and the images of scarcity Americans constantly encounter and the response is gluttonous, for whatever thing they imagine is in low supply. The other idea is to examine the opposite of gluttony, a passion that he said can be translated into despondency, listlessness, or boredom. Gluttony heightens an emotion and this reverse—listlessness—neutralizes emotion and can also be seen in increased apathy.

Although his interest in public theology began during his time at seminary in Washington, D.C., the time pastoring in Pennsylvania really allowed Shearer to see public theology at work. Shearer was working as a United Methodist pastor in a small former coal and lumber town, with a congregation of many who supported former President Trump, and many who did not, but he noted that “all of their lives were impacted” by the administration. Trump served as an example of how powers can afflict the body politic with competing passions. Shearer stated, “depending on who you are, Trump could inspire rage towards specific people, apathy about politics, or even lust for a future America.”

A true connecting thread of Shearer’s interests is his fascination with human emotion, which is evidenced by his background in acting. Prior to earning a bachelor’s degree, Shearer wanted to become an actor: “I loved acting, but I didn’t love it enough to starve for it, so I went to college to study what I liked with no grand strategy behind it.” In college he studied sociology and religion, and his acting background came in handy during his time as a pastor, as he knew how to respond to a congregation (audience) and carry his own body and voice. He reflected that acting is, at its core, about embodying heightened emotional states and also afflicting them onto other people.

The mild obsession with emotion is reflected in Shearer’s other interests as well, which range from an unapologetic love of professional wrestling to a long-held appreciation for loud, aggressive, metal music. I expect that Shearer’s particular path from an aspiring actor, to an atheist and somewhat directionless college student, to a seminary student, Christian, and pastor—yes, that order of events is correct—to now a PhD student, all within the political climate of the past decade or so, also contributes to Shearer’s draw towards a scholarly study of passions as they intersect with politics, the economy, and the public. 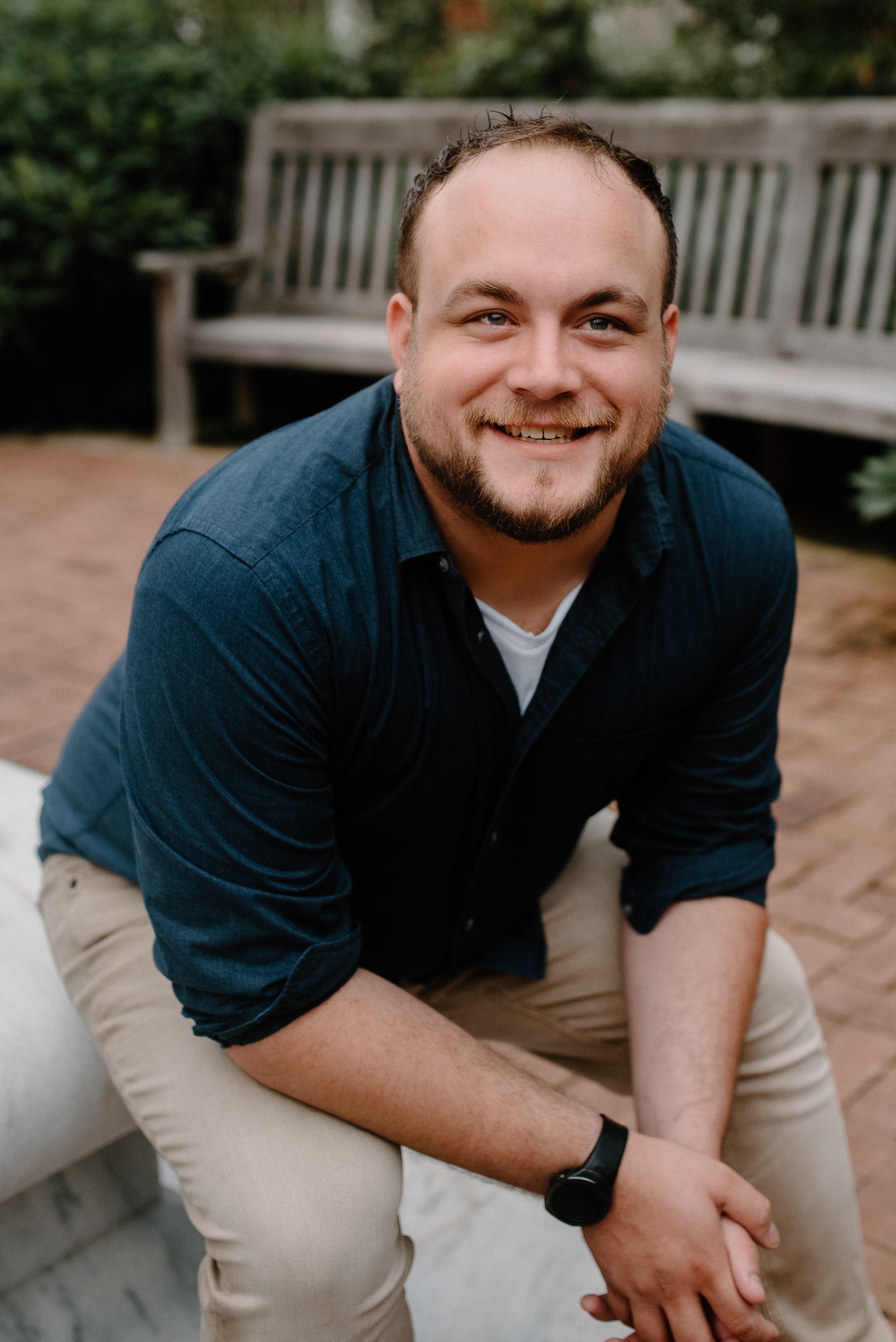